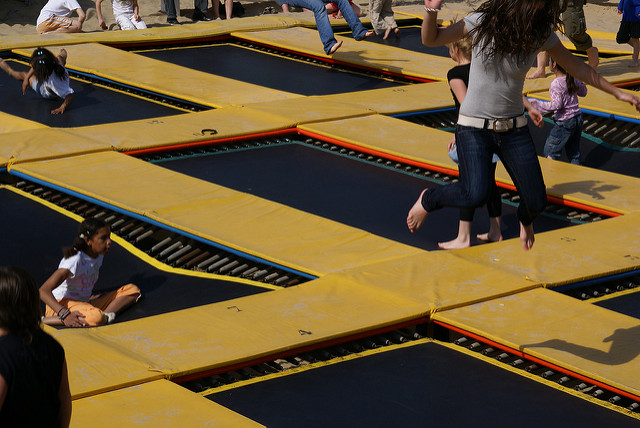 Massachusetts may have a few indoor trampoline parks scattered across the state, but there's only one place that boasts a rock-climbing wall and a Battle Beam where competitors can duke it out (safely!) over cushy pits of foam. That place is Altitude Trampoline Park, and it's only a stone's throw away from your home in Billerica.

The sprawling playspace boasts 15,000 square feet of trampolines, plus some unexpected extra attractions. Round up a group of friends and head to the 3D Dodgeball court, where you can wail soft balls at one another and duck out of the way of any heading in your direction. Launch yourself into one of the pits, which are filled with cubes of foam in lieu of the standard hard plastic balls. Play around on the tumble tracks, practice your slam dunk, or just jump around the main trampolines at Altitude Trampoline Park.