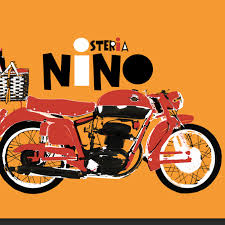 We’re obsessively anticipating the launch of another great restaurant option at the Third Ave. marketplace. Although the official opening date remains a mystery, our mouths are watering at the daily Twitter and Facebook posts from Osteria Nino, which bills itself as a restaurant that “seeks to capture the best of Italian tradition and pair it with the bounty of New England.”

As for the culinary crew, we’re told that executive chef Walace Benica will bring the menu an authentic Italian-by-way-of-Brazil influence. Joining him in the kitchen is famed local chef Chris Boswell. Rounding out the behind-the-scenes team is general manager Sam Alperts, formerly of local favorite Scampo Boston.

Osteria Nino will seat 240 indoors. But with warm weather just around the corner, we’ve got an eye on that posh brick patio. Hope to see you there!

Osteria Nino is located at 19 Third Ave. in Burlington.